With the right mindset, relocating to a new country can be the adventure of your lifetime. Nonetheless, immersing yourself in a new culture and a different lifestyle, even in the absence of any language barriers, will take some time and effort.

If you are planning on moving to New Zealand, you have stumbled upon the right article, as you will be presented with a step by step guide on how to settle into your new life.

Not knowing the language of your host country can leave you feeling like an outcast and it will make your transition period a lot more difficult. You should already know at least some basic English prior to arriving in New Zealand, but you are more than welcome to continue your language studies upon arrival, as there are plenty of classes to chose from. Keep in mind that New Zealand English has a few phonetic and vocabulary differences in comparison to the English spoken in other countries. Apart from English, New Zealand’s other two official languages are represented by Maori and sign language.

Nowadays, New Zealand is a culturally rich nation and a flourishing society. New Zealand’s culture mix is the result of numerous population migrations, from all the corners of the world. It all started more than 1,000 years ago, when the Maori, or the “people of the land”, how they are referred to nowadays, set their grounds on the island. In the 19th century, the British also started colonizing New Zealand.

Over time, New Zealand ethnical pool was further enriched by populations arriving from Europe, the Pacific Islands, Asia, and Africa. All of these diverse populations have greatly influenced both the local culture and society, influences which can be seen everywhere, from music and sports to art and cuisine.

Adjusting to the New Zealand Lifestyle

New Zealanders are well known for their warm demeanour and openness towards foreigners. You will see that New Zealanders, or the Kiwis, how they’re affectionately called, tend to be very colloquial and informal and they often call someone by their first name, even in a business setting. The general atmosphere is pretty laidback and New Zealand is a beautiful country you’re bound to fall in love with. Upon your arrival, you’ll get to see firsthand why the locals are so proud of their geographically diverse country, with a multitude of unusual and spectacular landscapes.

The best way of adjusting to the new lifestyle is by diving right in. Becoming a part of the local community isn’t hard at all and it is the fastest and easiest way in which you can ease your transition. If your children are enrolled in a local school, you can contact the institution to see if they organise any programmes for parents. If you’re a religious person, you can join a local church and interact with the other members.

Another great way of getting to know the locals is by joining a sports club. Sailing and rugby are both beloved sports in New Zealand and they give you the chance to make new friends while having loads of fun. Water sports of all kinds are a big thing in New Zealand and Auckland, the country’s largest metropolitan area is dubbed the “City of Sails”.

Also try to connect with your work colleagues. Go out for lunch, go to parties, and whatever else events they might have going on. With parties and other local events, it is customary for every guest to bring plates of food that can be shared with the others.

The Kiwis love spending their time outside. The number of activities that can be performed outdoors is impressive: visiting national parks, going to the beach, kayaking and fishing on the lakes and rivers, sailing and abseiling, mountain biking, and so on. You can even swim with the dolphins! Come summertime, most New Zealanders will spend their time barbequing and doing other fun, outdoorsy activities. Given the sheer number of activities in which you can engage, it would be a real shame not to participate.

Stay in the Loop

While there a great number of events of all sorts organised throughout New Zealand, the most important thing is knowing where you can find out about them. Local libraries and newspapers can give you a ton of info on where shows, concerts, and exhibitions are being held. In addition, most town councils have a web page where they display info about the local sporting clubs and other facilities.

During summer, cities usually hold various festivals free of charge for the public. Some fun events you should check out include night tours for spotting glow worms, festivals revolving around foods or culture, and dance shows.

Most urban shops are open 7 days a week, while offices are typically open Monday to Friday, 8 hours a day (9am – 5 pm). Supermarkets don’t usually close until late hours and all displayed prices include a 15% GST (Goods and Services Tax).

Bread, fresh milk, candies, postage stamps, and newspapers can be bought at the “dairy” (a New Zealand symbol), which is a neighbourhood store. Most food products are typically bought at supermarkets or grocery stores. Postage stamps can also be bough in a bookshop, at a local Post office, and even in gas stations.

Prescription medication can be purchased at a pharmacy or a chemist’s shop, along with health and beauty products, which can also be found in department stores. For fresh vegetables and fruit, be on the lookout for outdoor markets or sales on the side of the road, as these are quite common in New Zealand. Clothes can be bought in any department store or mall, and if you’re looking for designer outfits, you can check out a local fashion boutique.

You’ll be glad to know that eating out and enjoying a glass of wine is not an expensive endeavour. New Zealanders usually opt to go out in a laidback cafe-bar, rather than dining at a fancy restaurant. New Zealand food has been influenced by a number of international cuisines, such as Vietnamese, Chinese, Indonesian, and so on. The result? A wide selection of mouth watering dishes that can be purchased at cafes, restaurants, and takeaways throughout the country.

Traditional dishes include oysters, crayfish, mussels, kumara, kiwi, tamarillo, or pork and venison. Don’t forget to also try out New Zealand’s prized desert, the pavlova. Make sure you also give the local “fish and chips” shops a try.

When it comes to wine varieties, New Zealand has a lot to offer. Cafes, restaurants, and supermarkets offer a wide range of both imported and local wines, so there’s a lot to choose from. In some restaurants, you are even allowed to bring your own drinks, in exchange for a modest fee.

Typical working hours are Monday to Friday, from 9 am to 5 pm. Any full time worker is granted approximately 4 weeks of holiday per year. There are several school holidays: the main one lasts from mid-December until the end of January, and there are three other 2-week holidays in the months of April, July, and September. Higher education institutions typically have a longer summer holiday than schools.

There are also several public holidays in New Zealand. The 1st and 2nd of January for New Years, Waitangi Day on the 6th of February, ANZAC Day on the 25th of April, the Queen’s Birthday, which is the first Monday in June, Labour Day, the last Monday in October, Christmas on the 25December and Boxing Day on the 26th. Easter Monday and Good Friday differ every year.

Each region in New Zealand has its own area code, as follows:

If you’re calling from another country make sure you drop the zero.

If you’re looking for a telephone number, make sure you consult the Yellow Pages for businesses and institutions, and the White Pages for alphabetical listings.

The national emergency number is 111.After calling it, you’ll be directed to the police department, or the ambulance or fire service. New Zealand also has a National Poison Information Centre which you can call 24/7 at 0800- POISON, for free.

New Zealand’s health system is made up of both public and private health providers. Most foreigners will be required to pay a fee for these services, unless you have a local insurance. Always remember to take your passport with you.

If you’re planning on staying in New Zealand for a longer period of time, you will need to find yourself a general practitioner or family doctor, how they are sometimes called. Contact details for local GPs can be found in the White Pages.

Various health clinics, youth centres, and the Family Planning Association offer free and confidential advice on STDs and contraception. You can also get a cervical screening or a pregnancy test while you’re there.

Lastly, all new buildings and most of the old ones have wheelchair ramps incorporated.

If, unfortunately, you become the victim of an accident during your stay in New Zealand, you might be able to receive financial support for your medical expenses from the Accident Compensation Corporation (ACC). If you do contact the ACC and receive the aid, you will not be able to sue anyone for the injury you have suffered.

Anyone wishing to stay in New Zealand for more than half a year, or 183 days in a row, in any given year, students included, has to pay taxes. Your employer will directly deduct the taxes from your salary, but you might be eligible for a rebate. For more information on the matter, you should consult the Island Revenue official web page.

The fiscal year begins on 1 April and ends on 31 March the following year. Taxes can be paid until the 7th of February. In case an accountant helps you with your taxes, you can pay them by 7 March.

In order to be employed in New Zealand, you will need an individual tax number, also called an IRD number, issued by the Inland Revenue Department. The telephone number for the Revenue Department is 0800 227 774.

Even if you’re not working, taxes will be deducted from the money you hold in a New Zealand Bank. This deduction is called a resident withholding tax or RWT, for short. If you don’t provide your bank with an IRD number, the amount deducted is higher.

Anyone staying for less than 6 months is considered a non-resident, but in some case, taxes may apply for any income you generate in the country. Non-residents can call the Non-Resident Centre of the Inland Revenue Department for more info on their obligations and potential exemptions (+64 3 467 7020). Or they can send an e-mail at nonres@ird.govt.nz. 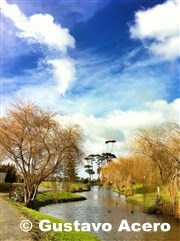 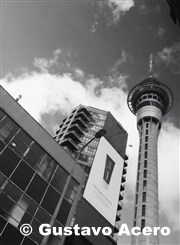