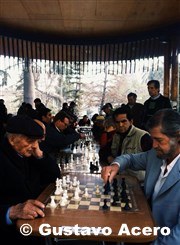 Landing in Santiago is pretty standard. The airport is easy to navigate and you should be through immigration, baggage, and customs pretty quickly. There is no need to schedule a transit to your hotel ahead of time, you can do it right in the airport, but if it makes you feel better to have it set up TransVip is the most popular transit service from the airport to the city.

The city of Santiago has a lot to offer, and even if it is not your final destination, give yourself a day or two to explore it. The views of the Andes Mountains when the sky is clear is reason enough to hang out for a day. Fight the urge to take a nap and go walk around; maybe hike up San Cristobál to see the statue of the virgin, and at night head to Bellavista and choose a bar to drink a Pisco Sour or some Chilean wine at.

If you haven’t booked a hostel ahead of time you can walk around a bit and look for one that looks like it suits you. Prices vary depending on quality, so it’s all really up to you what you want to spend.

Internet accessibility will vary throughout the country; obviously in bigger cities you will have more access to wifi. When you are looking for hostels, remember to ask about wifi if it is something that you care about. If it’s not so important to you, there are internet cafes and restaurants all over that will offer free wifi to paying customers. Even if you don’t speak Spanish, you can just say “wee-fee?” and they will understand what you are looking for.

If you want to get a Chilean cell phone there are three main companies to chose from: Movistar, Entel, or Vodafone. You can buy whichever type of phone you want, from a cheap flip phone, to a smart phone. Cell phones work on a pay as you go system, not a monthly plan. You can add money to your phone at different stores and kiosks all throughout the country. Making phone calls and sending texts will cost you money, but receiving calls will not. It is also a cheaper rate to call cell phones that have the same carrier as you do, and there is no extra charge for long distance calls within the country. For someone from outside of Chile to call your cell phone, they will need to dial the country code +569 before your number.

Travelling outside of Santiago:

Bus systems in Chile are very affordable, and high quality. Even if you are traveling a far distance from Santiago, you can take an over night semi-cama bus ride to your destination. You can purchase your ticket when you get to the bus station.  If you prefer to fly, LAN Airlines is a good way to go. Keep in mind that domestic flights will probably have more strict rules about baggage weights and limits.

No matter the length of your stay, you are going to pick up on some of the language. Although the official national language of Chile is Spanish, the reality is that Chileans have created their own version of it. That being said, even if you are a Spanish speaker, you’re going to need to learn ‘Chilean.’ There is a free apple application called Chilenismos that lists most of the common phrases that you will hear Chileans say on a daily basis. When you don’t understand something that someone says,  you can always ask them to rephrase it, but sometimes they don’t know that another way to say it exists. Certain things you will just start to comprehend through context clues too, like the word “po” just being a filler type of word with no substantial significance. 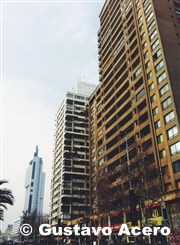 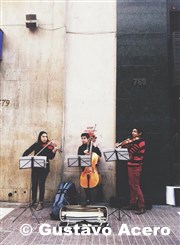 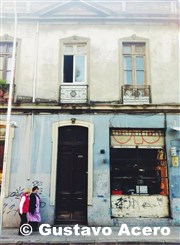