Bhutan is a tiny landlocked kingdom situated on the Indian Subcontinent sandwiched between the two giants India and China. Druk Yul, the Bhutanese name for the country translates to “Land of the Thunder Dragon”.  While the country has been occupied since 2,000 B.C.E., it remained closed to the outside world until the 1970s. Even now foreigners are only allowed to visit the country as a part of a pre-arranged or guided tour. Lone travelers and backpackers are not normally entertained.

The terrain of Bhutan is difficult to navigate due to its location in the Himalayas. Being an isolated land little is known of its early history.  It is an ancient Buddhist culture with magnificent scenery which makes it a natural tourist draw.

The country’s people are separated into three ethnic groups; Ngalops, Sharchops and Lhotsampas. Together the Ngalops and Sharchops constitute 65% of the country’s population. Ngalops have Tibetan origins and have majority representation in the government. Their cultural rituals are set as the standard by the monarchy for all to follow. The remaining population is made up of Lhotsampas, who are mostly followers of the Hindu religion and speak varying Nepali dialects. They are mostly concentrated in the southern foothills and practice farming.

Bhutan is made up of exceedingly harsh terrain with three distinct regions distinguishable by altitude. The area to the north is the Himalayan region with mountainous peaks more than 24,000 ft (7,351m). Next come the central uplands composed of Himalayan slopes and valleys with several big rivers. The final region is the Duars Plain which leads towards India from the foothills of Himalayas. The climate of the country changes with the regions with the northern areas being extremely cold winters and cool summers while the southern areas more of a tropical climate. 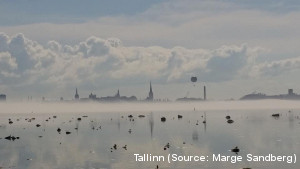