Teaching abroad is becoming more and more popular these days. This is down to the fact that it’s well paying, fun to do and because there are so many opportunities to teach in foreign countries that it’s often easy to find a placement. In addition to this it enables you to earn money while traveling for doing something that you’re good at.

Teaching English as a foreign language (often abbreviated to TEFL and pronounced “teffle”) is the most popular subject to teach (as opposed to art, mathematics or any of the other subjects you learnt at school). Most non-English speaking countries are desperate for their citizens to learn English, as it is the international language of the business world. Many people see the English language as the key to a more prosperous future, so naturally the demand to learn is high.

Teaching English abroad is a lot more rewarding than lots of other travel jobs (such as cleaning or bartending), as you’re actually teaching people something that will improve people’s lives.

What if you want to teach abroad but don’t want to teach English? Unfortunately, non-TEFL jobs are rare for foreigners, especially where there’s a language barrier. How do you expect to teach geography in Thailand, for example, when you don’t speak Thai? Even if you DO speak the local language, local teaching jobs are rare, but not impossible to find.

One of the main benefits of teaching abroad programs are that unlike most jobs that you might get while traveling (such as working on a farm, working behind a bar or working in a hostel) you can plan them in advance (i.e. before you leave) instead of having walk around a strange city asking if anywhere is looking for workers. Because of this, overseas teaching jobs can often become the reason to travel, instead of just being a means to make money when you’re already there. One of the benefits of this is that some overseas teaching programs (and the schools linked with them) will actually pay for your flight over there, and many of them will also help with other matters, such as finding you a place to stay once you arrive and getting you a work permit (if necessary).

One of the benefits of English language teaching (ELT) is that once you’re ‘in’ (i.e. once you have experience teaching foreign languages at a school) a whole world of other opportunities opens up to you (much like with jobs at high powered companies, where ‘getting your foot in the door’ with one job will enable you to move around the company to bigger and better things later on). Once you’ve taught at one school, it becomes incredibly easy to go and teach at another school (possibly in another country) should you so wish. Most foreign schools are part of a network that makes moving and traveling between them – while staying in steady employment – easier than you might think. In addition to this, the more experience (and reputation) that you have, the higher responsibilities you can be given, and the more money you can get paid!

Teaching is not for everyone. It requires a lot of patience and can often be frustrating (especially if you’re working with students who are total beginners), and you may sometimes feel like you’re trying to push boulder up a hill, only to have it roll straight back down again!

Most of your English students will have other jobs, meaning that your teaching schedule will have to fit around them. This could mean that you’re working both in the morning and the evening, meaning your working day will be long and stretched out.

In addition to all the time you’ll be spending teaching, you’ll also need to do all of the preparation work for those lessons. Some say that for each hour you spend teaching a lesson in the classroom, and hour is needed to prepare that lesson. When you consider that you’ll be teaching five or even six days per week (and doing preparation work while you’re not teaching), you may soon find that you don’t have a lot of time to go traveling around.

Teaching English abroad will, however, enable you to get to know the place (i.e. the town, city or village) you’re working in extremely well, as you’ll be spending a lot of time there and because you’ll be immersed in the everyday, working life (that you wouldn’t normally see if you were merely passing through).

Training and Getting Your TEFL Qualification

Obviously if you want to teach English abroad you have to be able to speak and read English to a high standard (and the chances are that if you’re reading this you already can!) but these days that is not the only requirement for most ELT jobs.

While it’s true that some schools will employ you without any formal TEFL qualifications, these are not the kinds of schools that you’ll want to work in, as they’re schools of dubious standards and quality, where teaching standards are extremely low and there is very little job security. You might think that teaching at one of these schools will help you to ‘get your foot in the door’, so that you can move up the ladder and teach at a better school in a few month’s time. While this idea might seem to work in theory, it often works out in reality, and working at one shady school often means that the only other jobs you’ll be offered are at other shady schools.

Most reputable ELT employers (i.e. schools abroad) now require you to have some kind of English language teaching qualification. Although this won’t guarantee you easy access to a job abroad (like it once would), it is necessary if you’re looking to teach English abroad (especially if you want to teach long-term).

Qualifications
To apply for a TEFL course you don’t need any special previous qualifications (such as a university degree), although having passed English at school or college will obviously help. Instead of being judged primarily on your academic qualifications, the chances of you being accepted onto a TEFL course largely depend on how you come across in the interview. Course leaders are looking for ‘team players’ who work well with others instead of individuals who always think they know best.

How long do TEFL courses last for? Most courses require around 100 hours of tuition. This can be squeezed into four weeks (studying five days a week) or it can be spread out over several months and done on a more casual, part-time schedule.

Courses involve being shown how to teach by a qualified English teacher, writing papers and a final exam where you’ll have to devise a lesson plan and teach a class of real students while being watched by an examiner.

Taking the Course Abroad
An alternate option is to take your course abroad instead of at home. A lot of the larger schools, colleges and teaching institutions have affiliates, links and branches in other countries where TEFL courses are run throughout the year.

More often than not, the standards of these courses are every bit as high as they are in the UK and the USA, and if you’re doing your course at a school, there’s a good chance that they’ll offer you a job at that school after you complete your course.

One thing that puts people off from getting their qualification abroad is that you’ll have to pay for your own flights (to get there) and your accommodation (once you’re there). While this seems to make sense, the fact that courses are often a lot cheaper abroad and living costs (i.e. the cost of accommodation) are often a lot less means that it can sometimes be cheaper to do your course abroad than at home!

For example, the Cambridge Certificate in English Language Teaching to Adults (CELTA) course in England will set you back around £1100. Taking the course abroad can be done for as little as £650. Supposing your flight costs less than £450 you’ve made a saving (not to mention the money you’ll save on living costs while taking your course).

How to Find Overseas Teaching Jobs

It’s also worth noting that the Italy and Spain (particularly Barcelona, Rome and Florence) are the most highly sought-after areas, so finding jobs in these cities is extremely difficult.

Most schools look to recruit personnel between May and August (as the school term typically starts in September), so apply as early as possible to increase your chances.

Most schools will want you to work for the entirety of their full school year, and will offer you a yearly contract to do so. Oftentimes they’ll agree to pay for your return flight and they’ll be more than happy to help you find a place to stay. Should you decide to break your contract and return home early you could be in line for a nasty shock, as your return flight will no-longer be paid for by the school, and you may even be asked to reimburse the school for the cost of your original flight (if they paid for you to fly out there).

Most schools won’t (and can’t afford to) pay for your rent, but they will pay you a high enough was so that you can live very comfortably.

Summer Teaching Jobs Abroad
In addition to the standard September-June jobs, lots of schools also offer summer teaching jobs lasting for three months. Schools like to hire early for these jobs (at least three months in advance), so it’s best to apply during January and February.

How to Find Jobs Teaching English Abroad Online
The internet has made the whole process of finding teaching jobs abroad a million times easier. Jobs are continually posted on line across a selection of websites. Here’s a list of some of the best websites:

Finding overseas jobs teaching other subjects (instead of English) is difficult, but not impossible. As I mentioned earlier, the language barrier between you and your students will be the key issue, as it’s almost impossible to teach someone a complex subject in a foreign language.

There are basically two ways around this. The first way is to learn the local language, and the second is to go to a foreign country where English spoken by lots of people. In large parts of Africa, Asia and the Middle-East (where children’s education is often at a poor standard), special schools have been set up (in the style of English and American schools) to teach so that gifted children, the children of wealthy parents or the children of parents who are deemed important – such as diplomats. These are schools aimed towards youngster (five year olds to mid-teens), and often follow a similar curriculum to that of an American or British school (where pupils may even set GCSE exams).

Finding these schools is tough, as they seem to operate fairly independently and because there isn’t a centralized body for them. This also means that each one will have its own set of requirements for what it expects from its teacher (i.e. what qualifications you need to apply) and its own unique application procedure.

If you know which city you want to work in, the best way to go about finding these schools is to ask the relevant UK or US embassy for a list of schools. 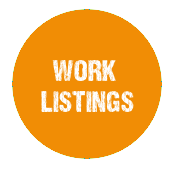 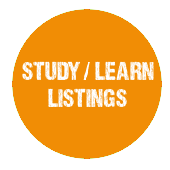 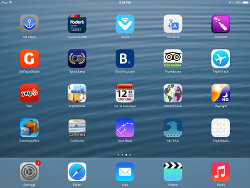